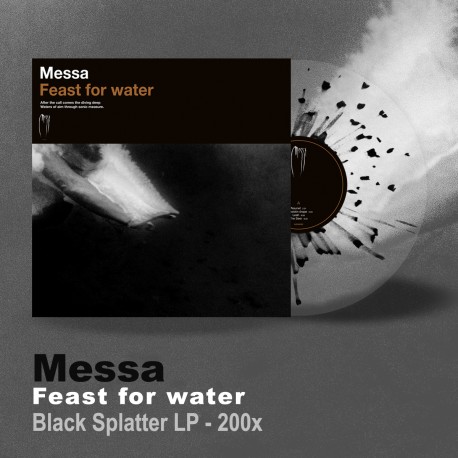 After selling out both the orange/black and the translucent orange LP editions within few weeks from the release date, Aural Music is now reprinting the new album by Messa in three color configurations, each limited to 200 copies, get yours before it's too late, they won't last long...

info: Messa play evoking doom metal with a dark jazz twist. Deliciously haunting female vocals, rhodes piano and 70’s fuzz guitars combine to conjure a sound that is all of their own. With influences as diverse as Windhand, Bohren Und Der Club Of Gore, The Devil’s Blood, Jex Thoth, Angelo Badalamenti, Bellwitch, Urfaust, John Coltrane and Aluk Todolo, the band has moved from the droning occult doom of their first LP ‘Belfry’ to a new, darker and more atmospheric approach clearly showcased in their new record ‘Feast for Water’, a concept album centered on the introspective, symbolic and ritual features of the liquid element.