> CD>DEINONYCHUS "Ode to Acts of Murder Dystopia and Suicide" 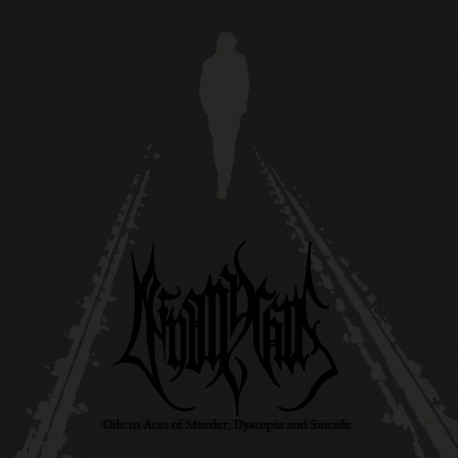 DEINONYCHUS "Ode to Acts of Murder Dystopia and Suicide"

“Ode To Acts Of Murder, Dystopia And Suicide” is their 8th fulllength album, the first one after 10 years of silence and
celebrates DEINONYCHUS 25 years of career. Again the album is a mere spiral downwards infested with murder, vengeance
and suicide. The eight songs representing the new album, will take you down, leaving you soulless and numb.
Steve Wolz (ex-Bethlehem, Imperia) and Markus Stock (Empyrium, The Vision Bleak) on keyboards enrich this dark
opus with their art, while you’ll hear the great sound of it thanks to Markus Stock’s recording, mixing and mastering at his
Klangschmiede Studio E (Alcest, The Vision Bleak, Secrets Of The Moon) in Germany.
Definitely if you thought that DEINONYCHUS have already described the sound of darkness, you have to change your
minds and face the dramatic reality of an apocalyptic soundtrack that will lead you in to a world without light with a
hallucinating journey into the meanders of your innermost pain.