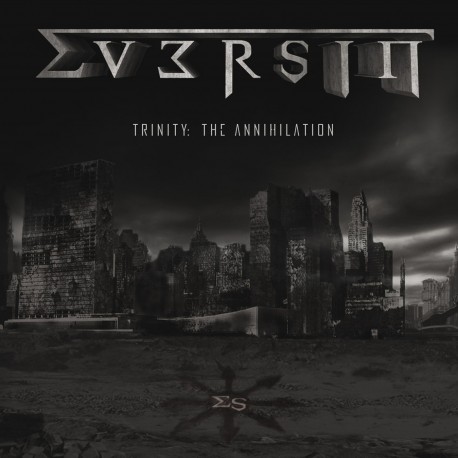 Info: “Trinity: The Annihilation”, the new album of Technical Thrashers EVERSIN is the most violent and powerful output ever released by the band. The title comes from the code name of the first detonation of a nuclear weapon USA did in the Jornada del Muerto desert in New Mexico on July 16th, 1945 and the sound recall that detonation like a monolith, as devastating and massive as a Panzer tank; a breathless ride that will lead you on a journey through past and present battlefields.
Special guests of the album are James Rivera, HELSTAR's vocalist and Glen Alvelais (already with FORBIDDEN and TESTAMENT). Special mastering of the album was did by Stu “Hammer” Marshall (Hobbs' Angel of Death, Paindivision, Death Dealer) at Frontier Mastering Studios in Sidney (Australia).
Fans of SLAYER, ANNIHILATOR, DEATH ANGEL, TESTAMENT find here a pure sonorous massacre across epicity and power.