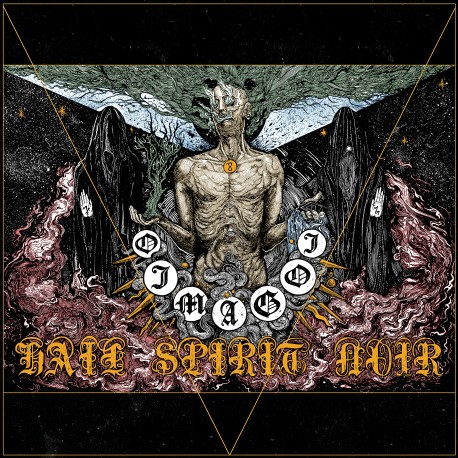 Info: the LP is remastered in FDR (Full Dynamic Range) and printed in noble gatefold edition, with the awesome artwork from Pierre Perichaud (Business for Satan), and include a stunning A2 poster with Hot Goldfoil print 18k on deluxe art paper and two different vinyl colors (classic black and transparent red).

Hail Spirit Noir was founded in the dawn of 2010. Towards the end of 2011, the band joined forces with Code666/Aural music for a worldwide release of the debut album ‘Pneuma’ in the spring of 2012. Come 2013, the trio gathered once more to review ideas and begin composing for their sophomore effort. While maintaining the distinct ‘retro yet modern’ style of their debut, they tried to take things even further creating a sound once again all their own. The result was the band’s second album, ‘Oi Magoi’, a psychoprog black metal album of trippy melodies and satyric ecstasy.