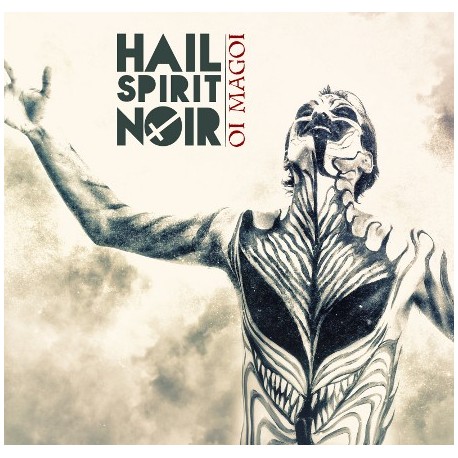 Info: Hail Spirit Noir was founded in the dawn of 2010. Towards the end of 2011, the band joined forces with Code666/Aural music for a worldwide release of the debut album ‘Pneuma’ in the spring of 2012. The album was warmly received both by listeners and critics and thus the band soldiered on satisfied with their experiment's success... below some of the astonishing press results of the debut album „pneuma“:

•''the grooviest black metal album I’ve heard this year and possibly ever'' (www.ametalstateofmind.com)

•''one of the most entertaining albums I’ve heard in a long while'' (www.teethofthedivine.com)

•''This is probably the one of the most original and out there records I have heard in recent years.'' (www.thesludgelord.blogspot.com)

•''some of the boldest songwriting demonstrations the Greek black metal scene has ever witnessed''  (ww.rocknworld.com)

Come 2013, the trio gathered once more to review ideas and begin composing for their sophomore effort. While maintaining the distinct ‘retro yet modern’ style of their debut, they tried to take things even further creating a sound once again all their own. The result was the band’s second album, ‘Oi Magoi’, a psychoprog black metal album of trippy melodies and satyric ecstasy.