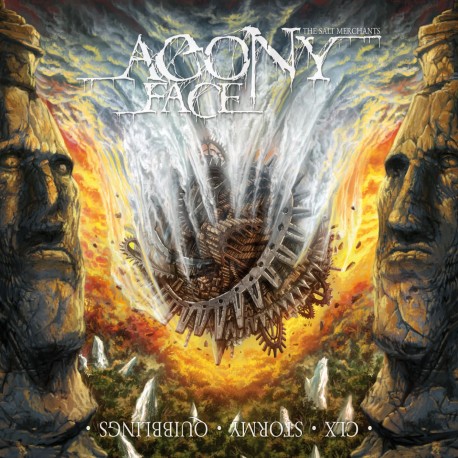 Info:  extreme music heavily influenced by many other genres all put together by crazy artistic-philosophic matters, this genre has been named SURREALISTIC DEATH METAL. It's a progression of atmospheres and eclectic riffs that are blended inside complex melodic structures and intricate harmonies; instrumental parts and synth come like thunders to complete this progressive Death Metal auditive storm. Here the old school of Death, Cynic, Nocturnus, Atheist, Pestilence is fused with the new wave of Augury, The Faceless, Decrepith Birth without forgetting our DNA made of the 70's Progressive Rock and Fusion of PFM, King Crimson, Banco del Mutuo Soccorso! In definitive "CLX Stormy Quibbligs" is an eclectic mix of Progressive Death Metal fulfilled with psychedelic echoes, a surrealistic overview rich of epic and grotesque matters, a schizophrenic extreme piece of Metal played and cenceived with modern technical progressive elements.