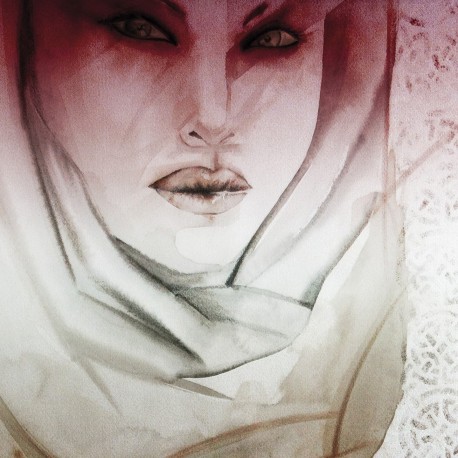 info: Some of you might remember THE BEL AM – one of the most underestimated italian wave bands ever; authors of the miraculous ep "Eternal carmine" in 1993 on DISCORDIA. They disappeared from the radars shortly after that little treasure. Now Maria Cristina Anzola, the talented ex BEL AM singer, has teamed up with Davide Borghi (Albireon, Ekra) and gave birth to THE BLUE PROJECT. “Adrift”, their debut album, combines sophisticated and sometimes harsh soundscapes with strongly emotional vocals, for an original and moving blend far from the “heavenly voices” or “Neoclassic” clichés, carving some kind of new milestone in the ethereal-electronic music field. “Adrift” is mastered by Mauro Berchi (Eibon Records/Canaan) and it’s packed in a luxurious artistic digipack, featuring also Riccardo Spaggiari of Ataraxia on “The Glass Child”. Recommended for those who look for original and heartbreaking music.