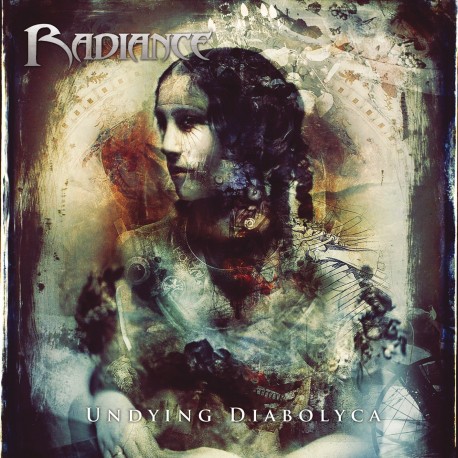 Info: “Undying Diabolyca”, shows an obscure and screaming Heavy Metal soul, filtered through an eclectic power-prog essence. Everything is wrapped by a great artistic intensity and dark and atmospheric voices, which sweep from a modern and experimental conception to an ancient and epic Greek lamentation. The concept that drives the whole record is the feminine figure, which is captured in different time-space frames, antithetically representing archetypes such as angel and devil, life and death, witch and healer, salvation and perdition. You will find in RADIANCE an innovative way of playing Heavy Metal that starting from CRIMSON GLORY’s lessons, includes the technical approach of CYNIC, the rock and metal progressive of Dream Theater, Rush and King Crimson, as well as the experimental atmospheric voices which range from the avant-garde of Arcturus to gothic and dark rock. Definitively “Undying Diabolyca” reflects the essence of an eclectic band, willing to follow untraveled paths and “not be afraid to dare”.