> CD>VOID OF SLEEP "Tales Between Reality and Madness" 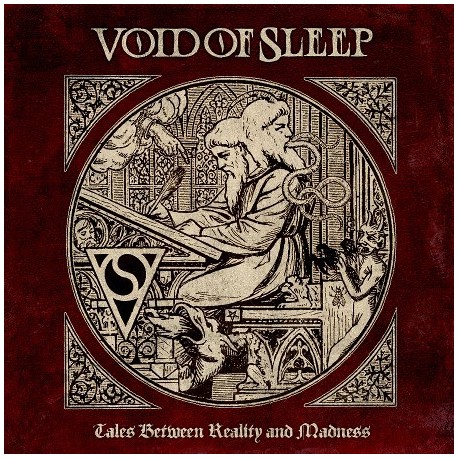 VOID OF SLEEP "Tales Between Reality and Madness"

"...Void of Sleep are a fairly new band out of Italy who play a mix of doom, stoner, sludge, and psychedelic rock, and their sophomore release is titled Tales Between Reality and Madness, a fitting name for an album that is multi-layered and really chock full of great ideas and stellar execution. Yes, there's no doubt in my mind that Void of Sleep honed their chops on plenty of early '70s Black Sabbath, but it's not all about that here, as the band also do a nice job of channeling Opeth and Mastodon at times, which gives the album plenty of balance and variety from track to track....It's always great to hear a band of this nature deliver tunes that are so catchy despite being deliciously heavy. Void of Sleep have a real winner here with Tales Between Reality and Madness. Tons of bombastic, heavy riffs, memorable songs, a great production, and vocals that are a mix of melodic clean, gruff mid-range, and choruses that remind of Testament. Void of Sleep are without a doubt a band that you need to put on your immediate radar." Peter Pardo, Sea of Tranquiliity