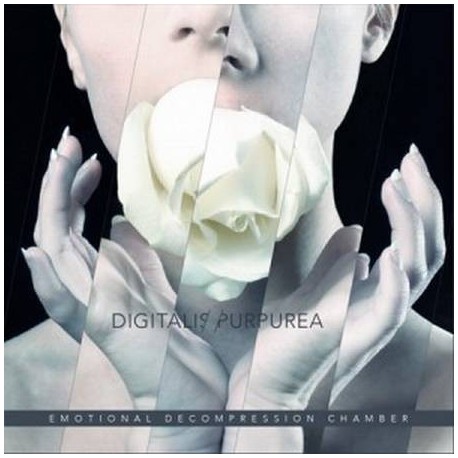 Info: "Emotional Decompression Chamber" is the new concept album of Digitalis Purpurea. A cinematic record that defines a sound that uses the ideal combination sound-images as its keystone. The protagonists of the lyrics, Junichiro and Ishtar, are a modern version of Fando y Lis (first work of Alejandro Jodorowsky) chasing the legendary city called Tar on a David Lynch's Lost Highway. The sound is the soundtrack to this imaginary film. A mixture of electro-clash beats, lysergic desert rock guitars and lo-fi vocals sometimes played from a busted grammophone. A damp cave, decadent, in which the figures appear faded, never sharp, where the substance is tinged with noir and the mind is lost forfeited in a thick consistency sensory tunnel where the end is distant and blurred, lower and lower, until the bowels of the unconscious.