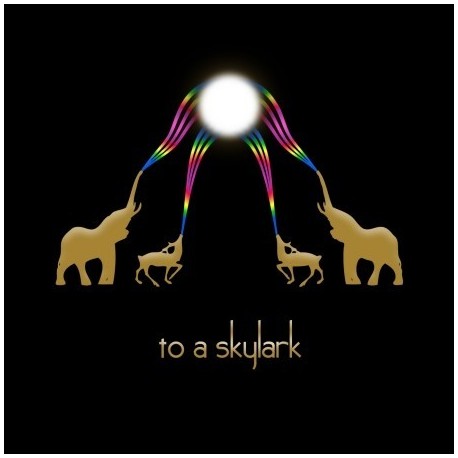 TO A SKYLARK "To a Skylark"

Info: TO A SKYLARK is a precious poem by Percy Bysshe Shelley, one of the greatest British poets. Under the same name the group gathered its artistic efforts in 2003, inspired by all the earth and air translating emotions in a melancholic and psychedelic experience, melting drops so bright to see into the sunken sun, trying to generate rains of memory.
Enlightened by the mist of the northern Italian alluvial plain, they assimilate the 70s prog attitude converting it into restless distress that only an out-of-focus metal struggling shall convey.
TO A SKYLARK's self titled debut album was recorded in October 2007 at West Link Studio, produced by Alessandro Paolucci (GF93, Raw Power, etc.) and mixed by Alessandro Sportelli (Prozac +, Baustelle, Fluxus, Negazione, etc.) with the supervision of Carlo Bellotti (Alkemist Fanatix). The album was mastered at Hofa Studio (Karlsdorf-Germany) by Jürgen Lusky (Angra, Krokus, Pink Cream 69, Axxis, Crematory, etc.).
TO A SKYLARK's self titled debut album is a solid hybrid made of psychedelic research and monolithic metal composing. A great attention for musical details and a taste for refined lyrics are trademarks of their artistic efforts.
For fans of : Opeth, Tool, Porcupine tree, Isis, Katatonia