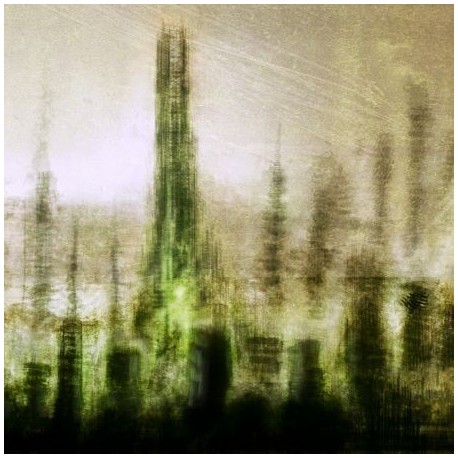 THE AXIS OF PERDITION "Urfe"

File Under: Axis is glyph. Logos of abomination. Neither life nor death, between the many ciphers of absence

Info: Urfe is a broken man, just one despairing voice among the multitude of lost souls in the doomed nowhere town of Locus Eyrie. Coerced into a quest for answers by an anonymous letter, Urfe is drawn into a waking nightmare where the shadows of his past shape a reality that is rapidly disintegrating around him. Hounded ever further into his self-made hell by the wretched denizens of the dark, and tempted ever onward by the enigmatic Pylon, Urfe discovers that salvation and healing come at a cost so desperate that neither can be trusted for what they seem.Urfe, the new album from The Axis Of Perdition, finds the band deeper into their idiosyncratic vision than ever before. A labyrinthine journey through the dark terrain of their subconscious, Urfe draws on a wealth of classic industrial, dark ambient and cinematic music and threads it together with a fevered, psychedelic part-narrative part-poetic performance from actor Leslie Simpson (Dog Soldiers, The Descent, Doomsday, Beyond The Rave). The result is their most harrowing, dysfunctional and personal album to date, drawing musical influence from Swans, Godflesh, Esoteric, Angelo Badalamenti and the finest of Industrial music from Throbbing Gristle onwards. With Urfe, The Axis Of Perdition transcend their humble origins and make music that is both their most uncompromising and their finest.