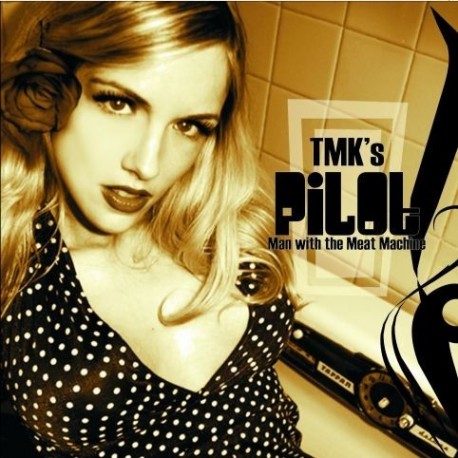 Info: A milestone in TMK career, and a must-have album for all sonic adventurers and cinematic scientists. The sixth studio album from TMK  it's a genre busting extravaganza devised to furtively suggest a modern noir odyssey into an imaginary screenplay. From the first Morricone inspired track to the urban cowboy synthetic drama on "A Gasoline Hero", from the dada blast-o-rama of "Microphones & Flies" to brain-eating noise pinball in "Mauve Molls Moonlanding", from the devilish Texas ride of "Zombie Children" to the cigar smelling title track, "Pilot" is a high-profiled crossover work cutting the edge of extreme music.

For TMK fans: check out the special package including "New era viral order", "A clockwork highway" and "Pilot"