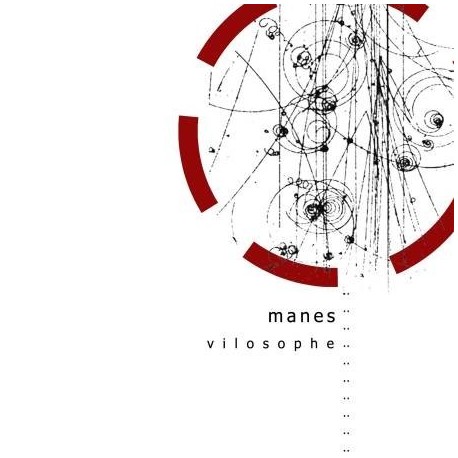 Info: Manes are another genre-defying group of musicians to release their album under the code666 moniker. Their current sound marks a great evolutionary advance from previous Black-Metal works, containing electronics, dance elements, occasional nods to jazz and blues, trapped within a rock/metal template. Also prevalent is a personal touch, making all the songs on "Vilosophe" both memorable and affecting, while top notch songwriting makes this the kind of album which requires effort not to listen to non-stop for fear of spoiling it. Distinctive vocals come courtesy of Tommy Sebastian and Asgeir Hatlen, whose style of high, slightly fragmented singing is juxtaposed by occasional harsher - yet still strangely melodic – screaming. The two guitarists, Eivind Fjoseide and Tor-Heige Skei (also electronics, programming and sequencing) play unforgettable hooks, whether in distorted or cleaner sections, and several passages are drowning in multiple lines. The prominent bass of Torstein Parelius is excellent; rather than being limited to a supporting role it often plays such complex lines that the instrument becomes an integral part of the music. This leaves the drums of Rune Hoemsnes which are also well performed; live sections are effective and match the sound to perfection, while programmed sections give some songs a jungle feel. The element that makes "Vilosophe" a truly outstanding album, however, is the wistful, remorseful vein that runs throughout, making each sober song positively drip melancholy. From the sparse pianos contrasting heavier sections of "Terminus A Quo/Terminus Ad Quem", through the chilled, almost trip-hop influenced "White Devil Black Shroud" to the epic melodies and seedy sax of "Ende", a sadness permeates Manes’ work which successfully gels a varied sound. Hence a very high quality is maintained throughout, and picking standouts seems a ridiculously hard task. "Vilosophe" is a must for all lovers of emotional, groundbreaking music.